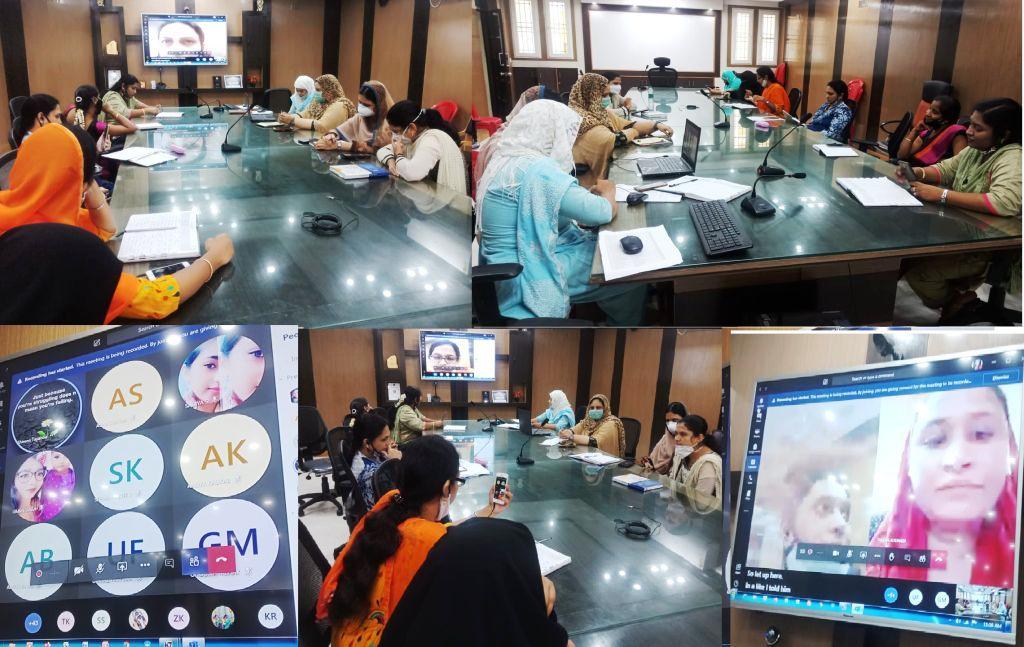 The parents’ and teachers’ meet for the academic 2020-2021 was organized on 22nd June 2020, on Microsoft teams. As it was the first interaction with parents since the year began. The parents were very much happy and interactive during the meeting.

The online meet began with Mrs. Ghazala Hashmath, Department of Deeniyat, followed by a welcome speech by Madam Khateeb Rizwana Mubeen, Principal, by congratulating the toppers and the promotes for II PU students. The meeting was later continued by the staff secretary Mrs. Asma Siddiqua, Department of Sociology. She explained the concept of attending online classes regularly, and the necessity of clearing fee.

In the meeting few of the parents were interactive and most of them were very much satisfied with the concept of conducting online classes.

Later, the meet was continued by Mrs. Shireen Tayyaba, Department of Commerce who spoke about the precautions and the measures that have to be taken during this pandemic.

The Parents-teacher meeting was concluded by vote of thanks proposed by Mrs. Sayera Uzma, Department of Physics.