PRIZE DISTRIBUTION FOR THE TOPPERS IN 2ND TEST MARCH 2021 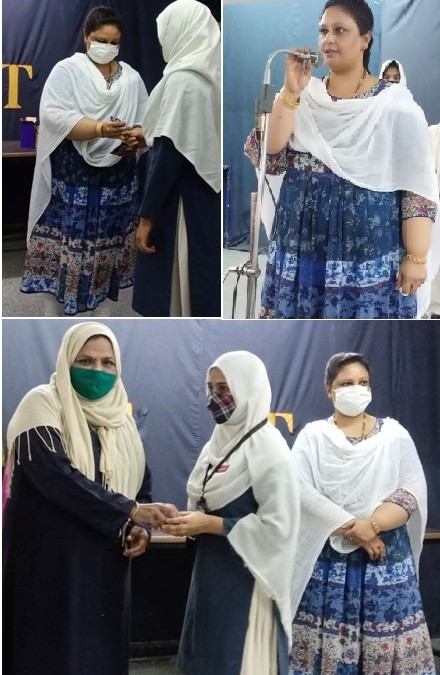 Prize for the students, who topped in respective subjects, for the monthly test conducted in March, was distributed by the principal and staff on 1st of April 2021. It was a small contribution towards motivating other students for securing a better percentage. By performing better in forthcoming test. A word of appreciation and motivation was shared by our beloved vice-principal Mrs. Asma Siddiqua. The prize was distributed by our principal, Mrs. Khateeb Rizwana Mubeen. The prizes were distributed for the students securing best results in the languages English, Kannada, Hindi and Urdu. The major subjects include Physics, Chemistry, Mathematics and Biology from the stream of Science (PCMB). The major subjects in Commerce include History, Computer Science, Economics, Business studies and Accountancy (HEBA/CEBA). And the major subjects in Arts include History, Economics, Political Science and Sociology (HEPS)