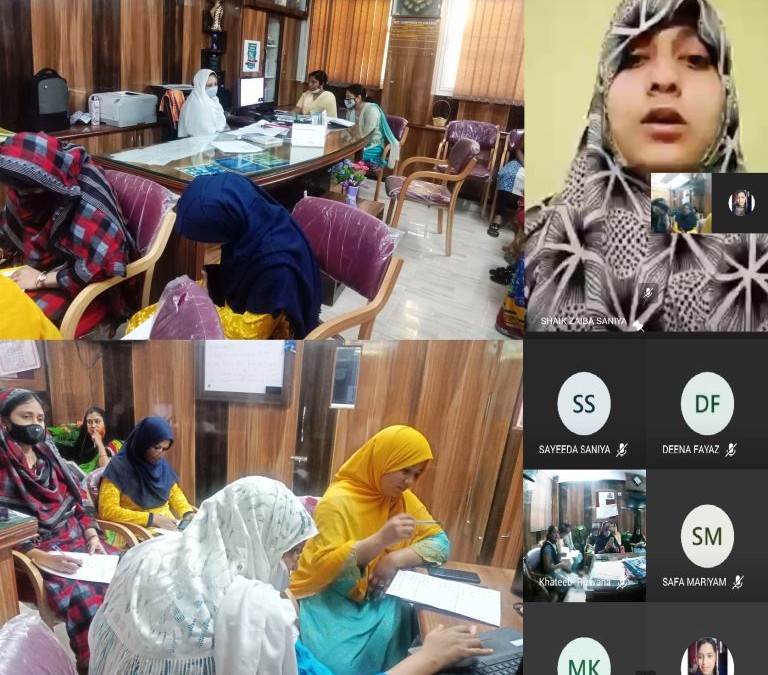 The department of Urdu organized “Urdu Day Celebration”, on 24/11/2020 on the eve of Sir, Allama Iqbal’s birth anniversary, which was on November 9th, but was celebrated on 24th November in our institution as we were running through pandemic. Though this event was scheduled online, it included two competitions altogether. The first one was Ghazal, in which Shaheeda M and Shaik Zaiba Saniya of II PCMB, Sameeha Siddiqua of I PCMB, and Maseeha Kounain of I HEPS bagged I, II, and III prizes.

The next event on this occasion was Taqreer, in which Deena Fayaz of I PCMB, Shaik Zaiba Saniya of II PCMB, and Musfira Tabassum of II PCMB won I, II and III prizes respectively.